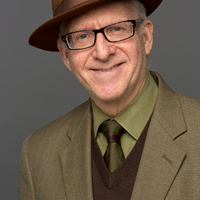 On Monday, September 16, at 7:30 pm in Textor 101 on the Ithaca College campus, author David Lehman will present a lively and entertaining talk on the Jewish songwriters who created America’s popular and Broadway music from the 1920s to the 1960s, known as the “Great American Songbook.”  Many jazz standards and probably a majority of the songs in the Great American Songbook were written by Jewish composers and lyricists. They, or their parents, escaped persecution in Eastern Europe, emigrated to the United States, and wrote musical odes to love, romance, show biz, and the American dream. To take one example: the Russian-born Irving Berlin, the son of a cantor, wrote "God Bless America"; "There's No Business Like Show Business"; "White Christmas," the best-selling song of all time, which secularizes that holiday -- in addition to many of the songs to which Fred Astaire and Ginger Rogers danced. In this talk Mr. Lehman will raise and address such questions as these: What is "Jewish" about the songs written by Berlin, the Gershwins, Rodgers and Hart, Harold Arlen, Jerome Kern, Leonard Bernstein, Dorothy Fields, Yip Harburg, Frank Loesser, and many others? Who were they and what are their chief contributions? What did the non-Jewish Cole Porter mean when he said that the secret of writing hits was to "write Jewish tunes"? What are some of the characteristics of such songs as "Ol' Man River," "My Funny Valentine," "Diamonds Are a Girl's Best Friend," "That's Entertainment," "But Not For Me," and "Over the Rainbow"? What did the Jewish songwriters borrow from - and lend to -- African-American musicians as well as Italian-American crooners?

David Lehman is the author of A Fine Romance: Jewish Songwriters, American Songs, which won the Deems Taylor Award from the American Society of Composers, Authors and Publishers (ASCAP) in 2010. He also curated, designed, and wrote an exhibit of the same name that traveled to 55 libraries in 27 states. Lehman's other nonfiction books include Sinatra's Century: One Hundred Notes on the Man and His World and One Hundred Autobiographies: A Memoir, which Cornell University Press is publishing in October 2019. A poet, Lehman has published ten books of poetry (most recently Playlist in April 2019). He is the editor of The Oxford Book of American Poetry and series editor of The Best American Poetry, the annual anthology he founded in 1988. Lehman divides his time between New York City and Ithaca, New York.

The lecture is sponsored by Ithaca College’s Jewish Studies Program and is free and open to the public.  Parking is free anywhere on the Ithaca College campus after 5 pm.  For more information, please contact Peter Silberman at (607) 274-1496, psilberman@ithaca.edu, or see our Facebook page: https://www.facebook.com/events/901370386928544/

Individuals with disabilities requiring accommodations should contact him by email or phone. We ask that requests for accommodations be made as soon as possible.

Individuals who would like to request accessibility accommodations should contact psilberman@ithaca.edu. We ask that requests be made as soon as possible to ensure they can be met.