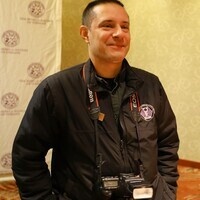 Please join Dr. Jason Corwin for the screening of the documentary Defending Ohi:yo’ as well as other short videos highlighting Seneca environmental topics.  Discussion will cover the vital importance of media production by Indigenous people.

In early 2018, while finishing editing a feature length documentary about opposition to the Dakota Access and Northern Access Pipelines entitled Denying Access: NoDAPL to NoNAPL, he and other Senecas found out about a proposal to process fracking waste water and discharging it into the headwaters of the Allegheny River. That River, named Ohi:yo’ in Seneca, flows through the heart of their territory.

Jason Corwin is Executive Director of Seneca Media and Communications Center--a department of the Seneca Nation. He holds a PhD in Natural Resources from Cornell University and has worked extensively as a community based media and environmental educator.

This presentation is part of the CSCRE Discussion Series.