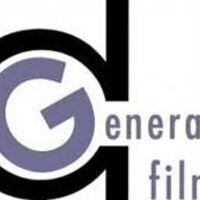 Floating (Huang Weikai, China, 2005; 93 min.)  Yang is a vagrant singer from China's rural Henan region: he earns his living by singing in the subways of urban business centers. Everyday he brings with him his temporary residency card and identification to avoid being detained by local police. In order to keep his work, he bribes the security guards in charge of the subways, deals circuitously with city workers, and squeezes out other street artists. From time to time, many of his busking friends are detained by local police and repatriated back home, only to return to the city and continue their drifting life. Yang, in the thirtieth year of his life, considers going back to his hometown to marry his first girlfriend, while old and new lovers make his life even more chaotic. Eventually he is caught by local police while singing, detained, and finally sent back home.

"The most influential, introspective independent documentary film since the 90s." - Film Art

Individuals who would like to request accessibility accommodations should contact tshevory@ithaca.edu. We ask that requests be made as soon as possible to ensure they can be met.