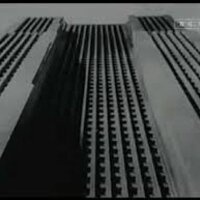 The Crowd (King Vidor, USA, 1928; 98 min.) The life and travails or a "common" married couple as they struggle to survive in a large and impersonal metropolis.  The film is generally included on lists of greatest of all American films and was chosen as one of the first twenty-five selected by the Library Congress for permanent preservation.  w/ live music by Ithaca' s Cloud Chamber Orchestra.

Individuals who would like to request accessibility accommodations should contact tshevory@ithaca.edu. We ask that requests be made as soon as possible to ensure they can be met.