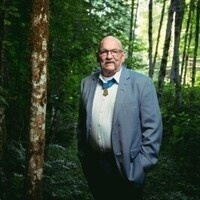 Ithaca College is pleased to invite you to hear a free talk by Medal of Honor recipient, Sergeant Gary Burnell Beikirch, on Thursday, October 10. He will speak on leadership in a presentation titled, Lessons of Leadership Learned Only In Battle.

Gary Burnell Beikirch joined the U.S. Army in August 1967, just after finishing his second year of college. In Vietnam, he served as a sergeant with Company B of the 5th Special Forces Group, 1st Special Forces. The group was stationed at Dak Seang Camp, which would later be attacked by a numerically superior North Vietnamese force. For his actions during that battle, Beikirch was awarded the Medal of Honor, which was presented to him by President Richard Nixon on October 15, 1973. Since the mid-1980’s, Gary has worked as a guidance counselor at Greece Arcadia Middle School in his native Rochester, New York. He has been married to his wife, Loreen, for 44 years; they have three children and 14 grandchildren.

Individuals with disabilities requiring accommodation should call (607) 274-1381 or email ehaff1@ithaca.edu as much in advance of the event as possible.

Individuals who would like to request accessibility accommodations should contact ehaff1@ithaca.edu. We ask that requests be made as soon as possible to ensure they can be met.