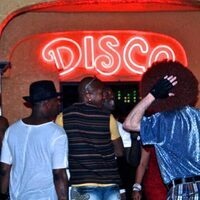 The oldest Black owned disco in America is the legacy of businesswoman and activist Jewel Thais-Williams. One of the original safe spaces for both the LGBT and Black communities, her club grew to become known as the "unofficial studio 54 of the West Coast," and she became a national role model for how to fight discrimination and serve others. The film is narrated by one of Ithaca College's most distinguished alumni, actress and activist CCH Pounder.

Screening in collaboration with the Office of Student Engagement as part of the Women Leadership Series.

Individuals who would like to request accessibility accommodations should contact lmaurer@ithaca.edu. We ask that requests be made as soon as possible to ensure they can be met.