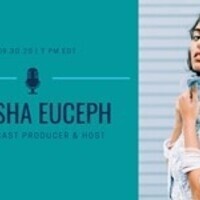 A Conversation with Misha Euceph, Executive Producer of The Michelle Obama Podcast

The Office of Religious and Spiritual Life, the Park Center for Independent Media, the Muslim Chaplaincy at Cornell host Pakistani-American, Executive Producer of The Michelle Obama Podcast. Last year, Misha Euceph, made “Tell Them, I Am” a podcast about, "the small moments that define who we are and who we are not. The stories are universal. The voices are all Muslim." The LA Times called it “quietly revolutionary,” the New York Times said it was “hypnotic listening,” and was voted one of TIME’s 10 best podcasts of 2019.

Misha in conversation with Hierald Osorto, Director of Religious and Spiritual Life Raza Ahmad, Director, Park Center for Independent Media will explore how podcasts lift-up stories of intersecting identities, defining moments, relationship with faith/spirituality, and activism. When we release those stories onto the airwaves (figuratively speaking), how do they change listeners?

This event is part of a series launched at the beginning of Spring 2020, highlighting the voices of podcast creators. Our first event began with Rabbi Emily Cohen, host and producer of "Jew, Too?".

About Misha Euceph
Misha is the CEO of Dustlight Productions and was named “Producer of the Year” by Ad Week in 2019. Her podcast “Beginner”, an autobiographical series about learning to belong as an immigrant in America has been featured on NPR, WIRED and The Guardian. Her podcast “Tell Them, I Am” which highlights the voices of the Muslim Community, was named one of the best podcasts of 2019 by TIME and the New York Times. www.mishaeuceph.com

Individuals with disabilities requiring accommodations should contact Office of Religious and Spiritual Life at spirituallife@ithaca.edu. We ask that requests for accommodations be made as soon as possible.

Individuals who would like to request accessibility accommodations should contact SpiritualLife@ithaca.edu. We ask that requests be made as soon as possible to ensure they can be met.