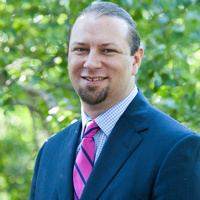 This year marks the 50th Anniversary of the takeover of Alcatraz Island by the organization Indians of All Tribes. Native historian, Kent Blansett will discuss his latest book, A Journey to Freedom: Richard Oakes, Alcatraz, and the Red Power Movement.  Oakes helped organize the highly publicized Alcatraz, Fort Lawton, and Pit River “takeovers”.  His assassination in 1972 galvanized the Trail of Broken Treaties march in Washington, D.C.   This presentation will explore the life of Akwesasne Mohawk activist Richard Oakes.  Blansett uses Richard Oakes’s life as a lens to highlight the development of Indian Cities in Brooklyn, San Francisco, and Seattle while exploring the intersections of Native Nationalism and Red Power in this dynamic era of Indigenous history.

Kent Blansett is a descendant of five Tribes: Cherokee, Creek, Choctaw, Shawnee, and Potawatomi through his Blanket, Panther, and Smith family lines.  With a proud Ozark Mountain heritage, Blansett grew up in the “other four corners” area of Missouri, Oklahoma, Arkansas, and Kansas.  He is currently an associate professor of history at the University of Nebraska-Omaha.

Doug George-Kanentiio, Akwesasne Mohawk, is a founding member of the Native American Journalists Association and a co-founder of the Akwesasne Communications Society (Radio CKON).  He is a writer for News From Indian Country.  He is currently vice-president of the Hiawatha Institute for Indigenous Knowledge.

Tom Porter-Sakokwanonkwas is an Akwesasne Mohawk elder, spiritual leader, and author.  He was raised within the traditional customers of the Mohawk people and is acknowledged as a traditional knowledge keeper.  He is the author of And Grandma Said (Xlibris, 2008), one of the most profound books recounting his family's life as Mohawk traditionalists.