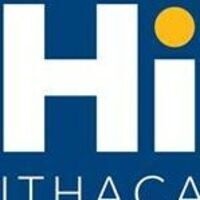 Rabbi Saul J. Berman was ordained at Yeshiva University, from which he also received his B.A. and his M.H.L. He completed a degree in law, a J.D., at New York University, and an M.A. in Political Science at the University of California at Berkeley. He spent two years studying Mishpat Ivri in Israel at Hebrew University and at Tel Aviv University. Rabbi Berman was the Rabbi of Congregation Beth Israel in Berkeley, California, from 1963 to 1969. He was an early leader in the Soviet Jewry movement, and an active participant in the Civil Rights movement. He was present and was arrested at the demonstrations in Selma, Alabama in 1965. From 1969 to 1971, Rabbi Berman was the spiritual leader of the Young Israel of Brookline, Mass. In 1971, Rabbi Berman was appointed Chairman of the Department of Judaic Studies of Stern College for Women of Yeshiva University. Under his leadership over the next thirteen years, it grew into the largest undergraduate Department of Jewish Studies in the United States.

In 1984, Rabbi Berman accepted the position as Senior Rabbi of Lincoln Square Synagogue in Manhattan, where he served until 1990. In 1990, Rabbi Berman returned to academic life, as Associate Professor, and then as Professor of Jewish Studies at Stern College, where he continues to teach; and as an Adjunct Professor at Columbia University School of Law where, as the Nathan and Rose Rotter Fellow in Talmudic Law, he teaches seminars in Jewish Law. From 1997 until 2006, Rabbi Berman served as Director of Edah, an organization devoted to the invigoration of modern Orthodox ideology and religious life. Aside his academic appointments, he served as Director of Continuing Rabbinic Education at Yeshivat Chovevei Torah from 2007 to 2009. In 2009-2010 Rabbi Berman was a Fellow of the Tikvah Center for Law and Jewish Civilization at New York University Law School.

Rabbi Berman is a contributor to the Encyclopedia Judaica and is the author of numerous articles which have been published in journals such as Tradition, Judaism, Journal of Jewish Studies, Dinei Yisrael, and others. His book entitled “Boundaries of Loyalty: Testimony Against Fellow Jews in Non-Jewish Courts” was recently published by Cambridge University Press.

He is married to Shellee Berman, and they have four children, four in-law children, and eight grandchildren, five living in New York and three living in Modiin, Israel.

Individuals with differing abilities requiring accommodations should contact OSEMA at 607-274-3222, email OSEMA@ithaca.edu, or stop by our office in Campus Center, 3rd floor. We ask that requests be made as soon as possible.

Individuals who would like to request accessibility accommodations should contact rlash@ithaca.edu. We ask that requests be made as soon as possible to ensure they can be met.