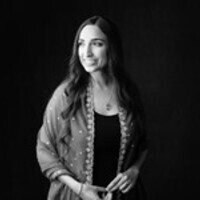 Reimagining and Remaking Our Nation in Love and Compassion: A Conversation with Valarie Kaur

Join Executive Director for Student Equity and Belonging and Director for Religious and Spiritual Life, Hierald Osorto in a conversation with Valarie Kaur, renowned Sikh racial justice activist, civil rights lawyer, award-winning filmmaker, educator, founder of the Revolutionary Love Project, and author of the new book See No Stranger: A Memoir and Manifesto of Revolutionary Love.

In dialogue with Valarie we’ll explore: How do we labor for the world we want when the labor feels endless? Valarie declares that revolutionary love is the call of our time, a radical, joyful practice that extends in three directions: to others, to our opponents, and to ourselves. It calls us to see no stranger but instead look at others and say: You are a part of me I do not yet know. Starting from that place of wonder, the world begins to change: It is a practice that can transform a relationship, a community, a culture, and even a nation.

Kaur takes readers through her own riveting journey – as a brown girl growing up in California farmland finding her place in the world; as a young adult galvanized by the murders of Sikhs after 9/11; as a law student fighting injustices in American prisons and on Guantanamo Bay; as an activist working with communities recovering from xenophobic attacks; and as a woman trying to heal from her own experiences with sexual assault and police violence. Drawing from the wisdom of sages, scientists, and activists, Kaur reclaims love as an active, public, and revolutionary force that creates new possibilities for ourselves, our communities, and our world.

See No Stranger is a practical guide to changing the world, a synthesis of wisdom, a chronicle of personal and communal history – all joined together by a story of awakening. Revolutionary love is medicine for our times. It just might be our best chance for our collective future.

Valarie Kaur is a masterful storyteller and seasoned activist, and her talk, including her 2017 TED talk, have garnered millions of views. Please plan to join us for this extraordinary conversation.

This is event is part of an effort called Get Out to Vote! A series to engage in the political process, through easy on-campus registration, special-guest led sessions on social media literacy and educational sessions on how to have healthy dialogue, all of which will take place in the early fall leading up to the Presidential Election

Individuals who would like to request accessibility accommodations should contact dharker@ithaca.edu. We ask that requests be made as soon as possible to ensure they can be met.