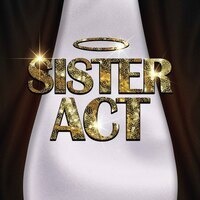 Show girl Deloris Van Cartier witnesses a murder and is put into protective custody at a convent. Disguised as a nun, she struggles to change her lifestyle and abide by their strict rules with hilarious results. Finding her place in the convent´s choir, her dance and singing talent inspires her fellow sisters to find their voice. Based on the 1992 Motion Picture Sister Act emphasizes the power of friendship and “sisterhood.”

Individuals who would like to request accessibility accommodations should contact boxoffice@ithaca.edu. We ask that requests be made as soon as possible to ensure they can be met.

Ticket prices range from $10-$20. Discounts may be available (student, youth, senior citizen, etc.); be sure to ask when purchasing tickets.

You're not going yet!

Buy Tickets
This event content is powered by the Localist Community Event Platform.