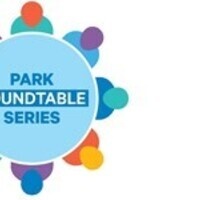 The ​Park Roundtable series​ convenes leading experts, practitioners, and Park faculty in a formal panel presentation to explore key issues in the industries and professions. This program is delivered in partnership with Ithaca College's Philanthropy & Engagement Division and is open to Ithaca College's current students, faculty, staff, and alumni.

Jake Asman is a national sports talk show host at SportsMap Radio (formerly SB Nation Radio) and a local host/reporter at ESPN 97.5 Houston. You can listen to The Jake Asman Show on SportsMap Radio every weekday from 9 AM - 11 AM Eastern." With expertise as a talk show host, forged from the creation Asman & Budick show originally curated while a student at IC, Jake, and his shows have long been part of the Super Bowl’s radio row, along with providing coverage for such events as the NFL Draft, PGA Championship, and Fury/Wilder 2.

Jenna began her career as Sports Director/Anchor for WENY-TV, Horseheads NY, where she produced edited and reported the sports block of a nightly newscast. In 2018 she moved to a Sports Anchor with WIVB - News 4 in Buffalo, NY. In March 2020, Jenna joined WPXI News in Pittsburgh, NY where her work involved covering the region's professional teams.

A former Ithaca writer, VIC Radio Host, ICTV anchor, and member of the Bomber Football team, Tom got his start as a weekend sports anchor for CNY Central affiliates in Syracuse, NY. He spent three years as the Sports Director at WEYI-NBC 25 in Flint, Michigan, before joining Lax Sports Network in 2018. During that time Tom has hosted a weekly show, provided play by play for a variety of college and professional sports, and is currently providing Play by Play for Japan's Pacific Baseball League.

A former Park Scholar, and prolific ICTV/WICB/VIC Radio host, Mia started as a Sports Reporter at WENY-TV in Elmira, NY. She moved on to the Sports Anchor roll at KGAN CBS 2/KFXA Fox 28 in Cedar Rapids, Iowa where she anchored for three years. In 2018 she transitioned to her current post at a Sports Anchor with First Coast News NBC/ABC in Jacksonville, Florida. In addition to anchoring a producing nightly sportscast, she covers the Jacksonville Jaguars beat for broadcast, digital, and social platforms.

Individuals with disabilities requiring accommodations should contact Ann Marie Adams at aadams4@ithaca.edu or (607) 229-8071. We ask that requests for accommodations be made as soon as possible.

Individuals who would like to request accessibility accommodations should contact cdecker@ithaca.edu. We ask that requests be made as soon as possible to ensure they can be met.